Welcome to our Site

Ashott Barton is an farm run on Organic principles, in the beautiful hills of Somerset, England. We focus on traditional, minimal impact methods and aim to improve our land, which contains three ‘county wild-life site’ and is in the highest environmental tier, HLS. We run a herd of Devon Cattle, we used to have Dexter cattle & Llanwenog sheep.

To see what is current, see News. For more depth see about Us and our land.

Please do Contact Us or Leave a message here 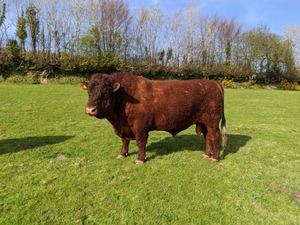 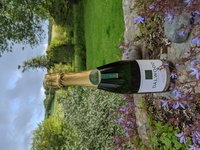 Linus is a loved character, occasionally noisy, always kindly to his cows, a dedicated herd sire who has left me 7 lovely calves. Very pleased that he going to a farm with a significant size of herd of Devon Reds as well as a herd of South Devon cattle.

We wish Mr and Mrs White and Millie and their herds very well. 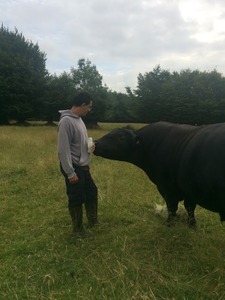 Seven new unrelated cows and five calves came to Ashott Barton on August 4th 2018
Jeremy,my son and creator of this website, has returned to Ashott Barton.The newsgirls are his start up fund. The partial dispersal of the herd in 2015 was a tragedy that haunts me every day but at least I am still here and have the hope and expectation that Jeremy may be able to write the next chapter of the history of this wonderful farm.

There was interview on Radio Somerset earlier this month when he spoke of his hope that he can combine software design and farming. Both are demanding occupations with extremely unsocial hours but commitment and belief can over come much.
The death of Bywood Buttons is still a issue. The best Devon cows in the world, according to American cattleman in Virginia USA, are being put to an Angus bull! We are seeking a new bull but the breed has been infected by so much mixed blood lines from French cows (Saler). Finding pure Devon bloodlines is a slow business. I will persevere in my search for a good sire for Millennium’s daughters and hope that the last Son of Buttons will grow into a good bull for the new cows. The last traditionally pure Devon calves were born this year. Next year’s babies will be black, the offspring of pedigree Angus Colhayne Pristine, or Euan to his friends. 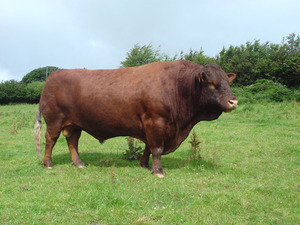 Millennium is no longer with us,
but he continues in his offspring:

This is Ashott Barton Bribery 6th and her daughter. 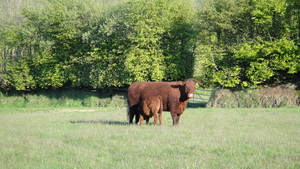 This is the product of traditional breeding.

We have a most incredible eco-system, it is our responsibility to preserve it. Here you can see this environment which enriches us and our cattle.
See the Farm

Shiamala and the herd are still very off balance, the herd lacks a head and the farm feels very strange.
Millenniums death in 2011 was a big thing but it was expected and peaceful. Button’s death was and is a terrible catastrophe.

Devon Cattle are the primary stock at Ashott Barton. We have a herd of 21 breeding females and their followers.
read more about our Devon Cattle

Why do we Farm? What are our methods? Survival, concern for the Earth and a belief that Farming is a most vital industry.
read more about Farm Ethics